Clinical trials for COVID-19: A look at five vaccines with promise 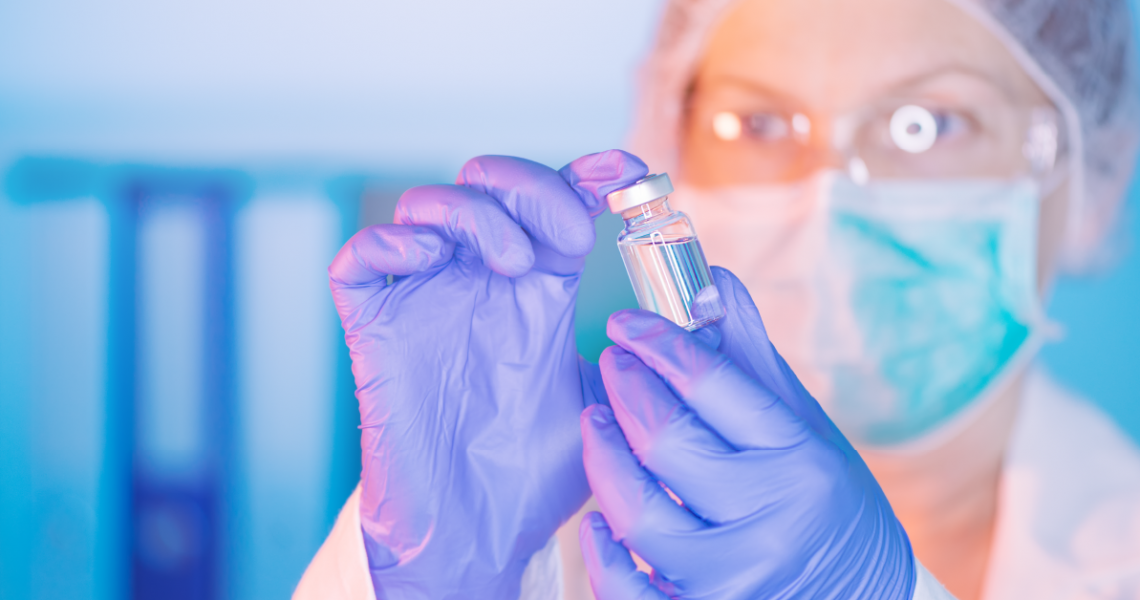 Worldwide, almost 50 COVID-19 vaccines are now in clinical trials. Below, we take look at five companies developing potential vaccines for the US market, all of which have entered either Phase 3 or combined Phase 2/3 clinical trials*.

How it works: The vaccine was developed using bioengineered spike proteins normally found on the surface of the SARS-CoV-2 membrane. These proteins are packaged into nanoparticles and administered twice, 21 days apart.

Production plans: The company is expected to deliver 100 million doses to the United States by the start of 2021 if the vaccine is clinically proven to work.

How it works: The vaccine uses a viral vector approach to introduce a piece of SARS-CoV-2 DNA into human cells. This DNA is packaged into an adenovirus – in this case the virus that causes the common cold – that has been genetically altered to prevent replication.

Phase: Johnson & Johnson began Phase 1/2 clinical trials in July and announced on September 23 that it would be initiating combined Phase 2/3 safety and efficacy trials in 60,000 adults from around the world. The trials include participants from older populations as well as those with underlying conditions.

Doses required: Just one and does not need to be kept frozen.

Federal financial involvement: In August, the federal government agreed to pay $1 billion for 100 million doses if the vaccine is approved.

Production plans: The company is aiming for production of at least a billion doses in 2021.

How it works: The vaccine uses a newly developed genetic approach. Snippets of messenger mRNA are injected into human cells, which then produce viral proteins that train the immune system to recognize and destroy SARS-CoV-2. This technology produces vaccines much quicker than older genetic methods, which required growing viruses in the lab.

Phase: In July, Moderna entered Phase 3 trials with 30,000 participants at 89 sites around the United States.

Production plans: Company executives said that they are on track to deliver at least 500 million doses per year beginning in 2021.

How it works: The vaccine uses mRNA technology.

Phase: Pfizer/BioNTech began Phase 2/3 trials involving 30,000 volunteers in the United States and other countries, including Argentina, Brazil, and Germany. On September 12, they announced they were planning on enrolling an additional 13,000 participants, for a total of 43,000.

Federal financial involvement: The companies were awarded a $1.9 billion contract in late July to produce 100 million doses by December 2020.

Production plans: Executives believe they will know whether the vaccine works by October. If so, they expect to manufacture over 1.3 billion doses of their vaccine for worldwide distribution by the end of 2021.

How it works: This vaccine uses the viral-vector delivery approach similar to that of Johnson & Johnson. The vaccine employs a weakened version of the common cold-causing adenovirus. SARS-CoV-2 spike proteins are packaged into the adenovirus and delivered via injection to stimulate an immune response.

Phase: Results from Phase 1/2 trials published in July demonstrated that the vaccine produces a strong immune response in participants and had relatively mild side effects. They have since moved into combined Phase 2/3 trials with the goal of enrolling 50,000 participants in the UK, Brazil, India, South Africa, and the United States.

Federal financial involvement: They received a $1.2 billion investment from the United States in May.

Production plans: AstraZeneca/University of Oxford have reached an agreement with the European Union to deliver 400 million doses if approved.

To learn more about the race to stop the spread of the pandemic, download our white paper, Traveling at the speed of light: Health IT’s role in administering the COVID-19 vaccine. 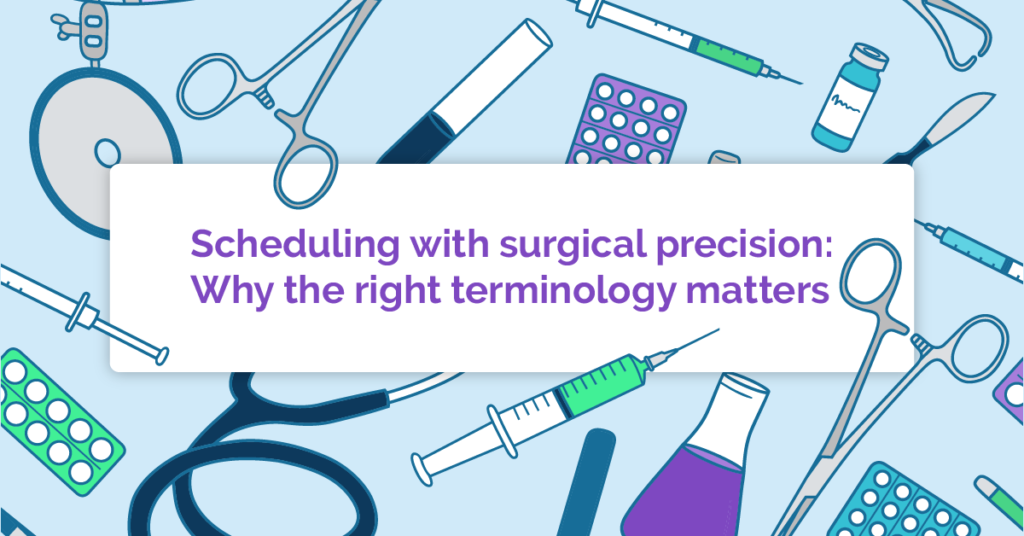 When all the operating rooms aren’t a stage

When surgical schedulers don’t have the right clinical terminologies built into their EHR workflows, small inefficiencies – like case delays or preference card errors – quickly add up. And they’re not just frustrating in the operating room, they also wreak havoc on optimal financial return. 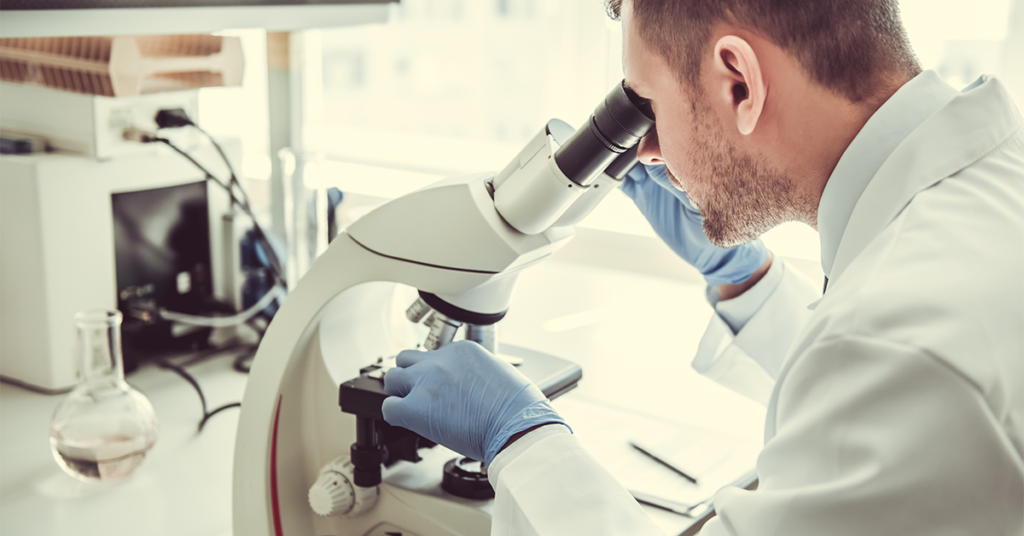 Labs 101: A challenge for interoperability in healthcare

Most of us know that interoperability in healthcare is a challenge, but sharing one specific type of healthcare information – clinical laboratory data – is particularly difficult. For more on why this type of clinical documentation can turn into such a headache, check out the blog below. 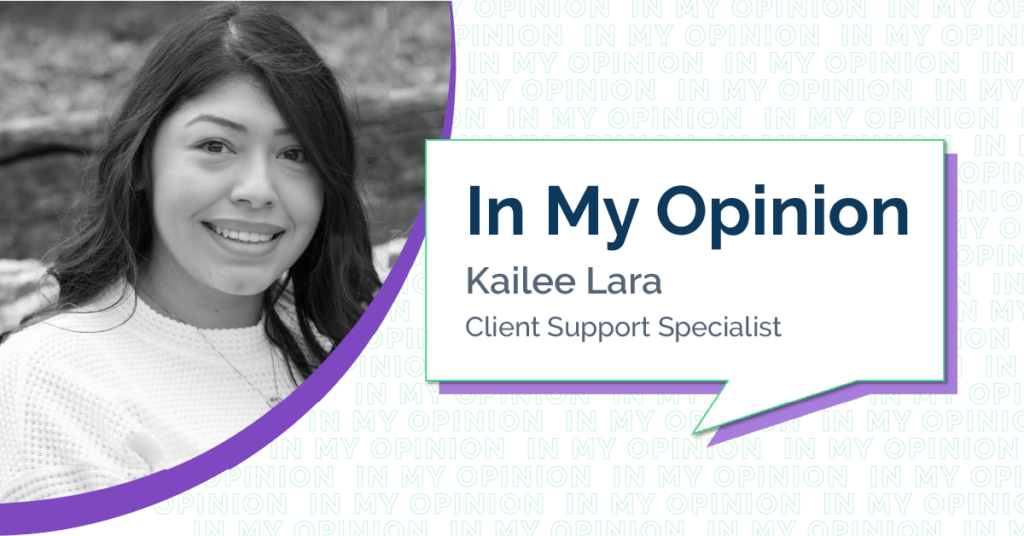 In My Opinion: Growing as a communicator with Kailee Lara